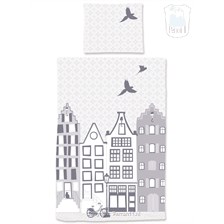 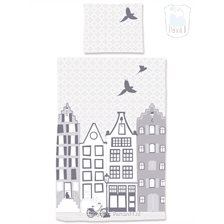 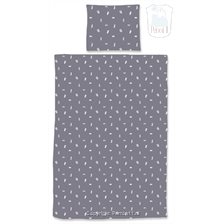 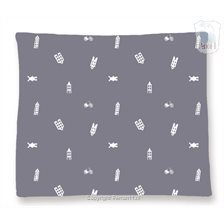 Cotton Duvet with our cool gray canal houses for a cot/junior. This quilt fits perfectly poster wallpaper Amsterdam canal houses Gray. In addition, the duvet cover has two sides, each with a different print. So you can even vary once!

On one side of this quilt are four major canal houses, a street with bicycle and birds in the air as well on our gray canal house wallpaperstate. The other side has a dark gray with white pattern of Dutch houses, a mill and bicycle which is a very nice combination with the wallpaper! But you do not have our papers, then this quilt is also a very nice accessory in itself for the kids! The duvet cover is made of good quality 100% cotton, which remains very good in the course of time, even after washing many times. 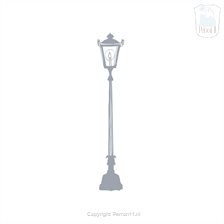 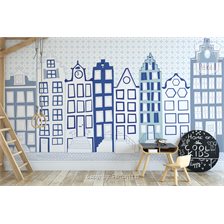 The most beautiful wallpaper mural from the city of Amsterdam in Delft blue. Dutch canal houses with a choice of additional illustrations. Create your own city! 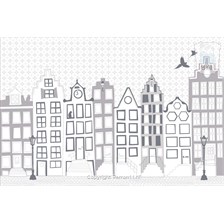 Especially children wallpaper for children with canal houses of Amsterdam in shades of gray and other colors.